We are happy to include models that are interesting and unconventional in the permanent exhibition of tractors in the ZETOR Gallery. In these days you can see  the blue ZETOR 3017 model among our tractors, which was manufactured since 1965 and belonged to the Unified Series I.

In 1957, work began on the "0" series, which was the first series of the Unified Series I. These tractors were based on the concept of the use of unified elements in the production of tractors - with the possibility of using identical parts for different models. Production of US I began in 1960, starting with the three-cylinder model 3011. Two years later, the 4011 model followed, and in 1963, the 2011 model started to be produced. All three basic types were equipped with a 10-speed forward gearbox, an independent speed PTO and the innovative Zetormatic hydraulic system with automatic depth control.

Thanks to the production of US, the production of tractors has accelerated, became more efficient and cheaper. Other advantages were a reduction in the total number of components, material savings, simplification of assembly and better availability of spare parts for customers. From 1964, other modifications of the 3011 model started to be produced: 3013 designed for vineyards, half-track 3016 and a tractor with a front driven axle 3045. In 1965, a mountain tractor 3017 with a reduced center of gravity was added. It was developed for agriculture in hilly terrain. The Model 3017 with a cutting bar is loaned from the rich collection of Mr. Aleš Krejčí, and you can come and see it at the ZETOR Gallery during opening hours from 10 am to 5 pm. 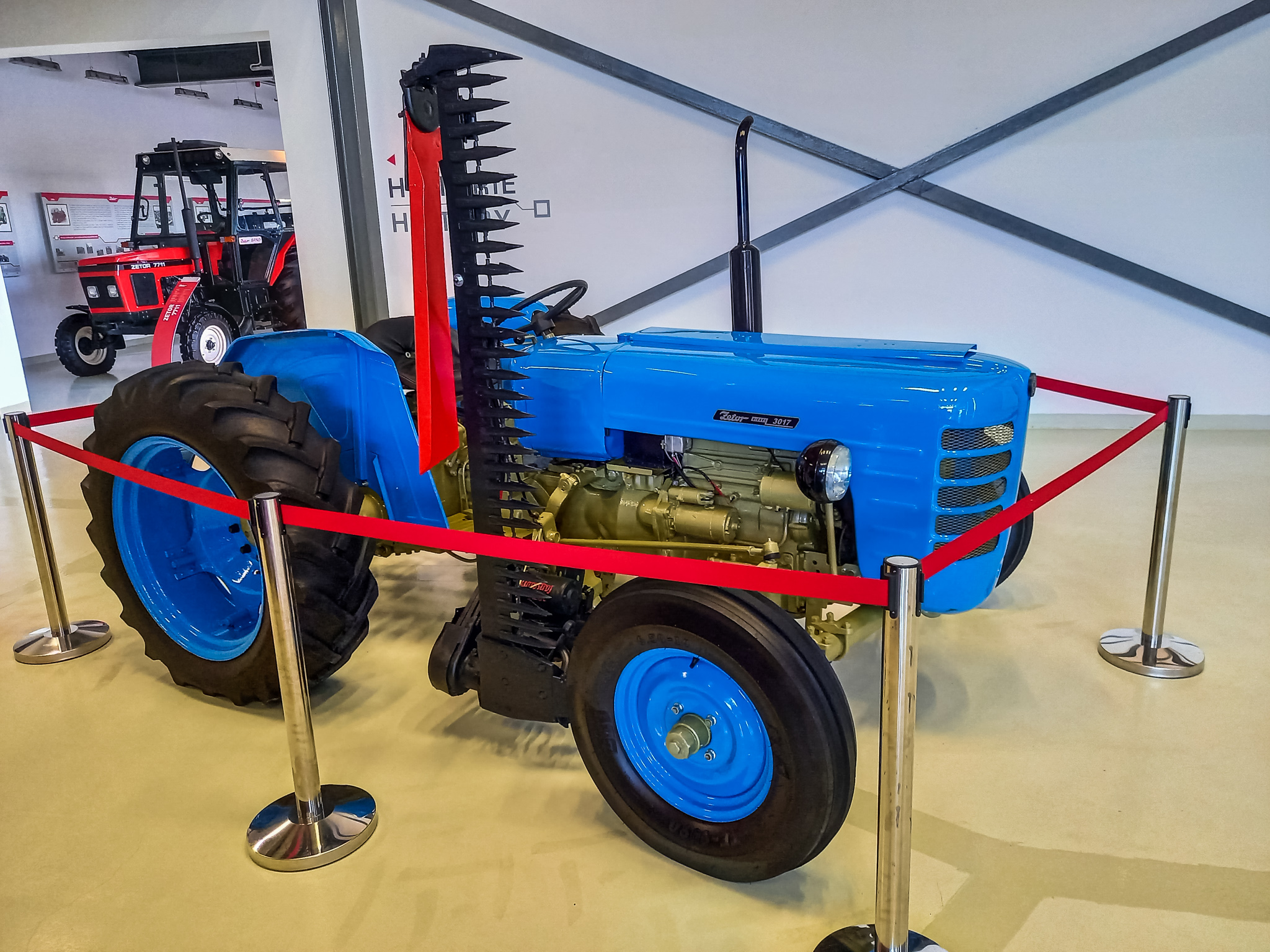